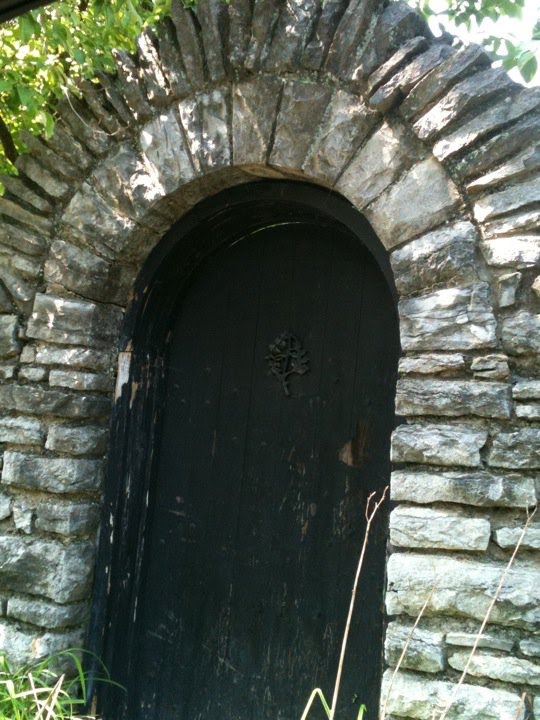 The Door to Self Improvement, Begins with a Knock..

“You will never do anything in this world without courage. It is the greatest quality of the mind next to honor.”- Aristotle
As time drags on we often find ourselves wrapped up so tightly in our own endeavors that we forget there are people in this world eager to know what we are up to. I for one am guilty of this more often than not. That being said, you must have realized by now I’m referring to how long it has taken me to post my book list. Without further ado I will bestow what you’ve wondering about for weeks.
1.    Hitchhikers Guide to the Galaxy- Douglas Adams
2.   A Passage to India- Richard Lacayo
3.   The Garden of Last Days- Andre Debus III
4.   To Kill a Mockingbird- Harper Lee
5.-18.Wheels of Time Series- Robert Jordan
1. The Eye of the World
2. The Great Hunt
3. The Dragon Reborn
4. The Shadow Rising
5. The Fires of Heaven
6. Lord of Chaos
7. A Crown of Swords
8. The Path of Daggers
9. Winter’s Heart
10. Crossroads of Twilight
11. Knife of Dreams
12. The Gathering Storm
13. The Towers of Midnight
0.  New Spring (A prequel to the series)
19. Charlie and the Chocolate Factory- Roald Dahl
20. A Wrinkle in Time- Madeline L’Engle
21. Crime and Punishment-Fyodor Dostoevsky
22. Great Expectations- Charles Dickens
23. The Stranger- Albert Camus
24. Anna Karenina- Leo Tolstoy
25. Resurrection- Leo Tolstoy
26. As I Lay Dying- William Faulkner
27. Jane Eyre- Charlotte Bronte
28. Passion- Lauren Kate (3rd book in Fallen Series)
29.-38 The Sookie Stackhouse Series- Charlaine Harris
1. Dead until Dark
2. Living Dead in Dallas
3. Club Dead
4. Dead to the World
5. Dead as a Doornail
6. Definitely Dead
7. All Together Dead.
8. From Dead to Worse
9. Dead and Gone
10. Dead in the Family
39. Adventures of Alice in Wonderland-  Lewis Carroll (Charles Lutwidge Dodgson)
40. The Darkslayer- Craig Halloran
41.-42. The Mortal Instrument Series- Cassandra Clare
1. ***City of Bones- Previously Read
2. ***City of Ashes- Previously Read
3. City of Glass
4. City of Fallen Angels
43.- 44. The Infernal Devices Series- Cassandra Clare (Prequel Series to Mortal Instruments)
1. The Clockwork Angel
2. The Clockwork Prince
45.-49 The Fever Series- Karen Marie Moning
1. Darkfever
2. Bloodfever
3. Faefever
4. Dreamfever
5. Shadowfever
50. The Scarlet Letter- Nathaniel Hawthorn
51. Tales of the Beatle and the Bard- J. K. Rowling
52.-56. The Percy Jackson Series- Rick Riordan
1. The Lightning Thief
2. The Sea of Monsters
3. The Titans Curse
4. The Battle of the Labyrinth
5. The Last Olympian
57. What Dreams May Come- Richard Matheson
58. The Silmarillion- J. R. R. Tolkien
59.  A Lesson Before Dying- Ernest J. Gaines
60.  East of Eden- John Steinbeck
61. The Witch of Portobello- Paulo Coelho
62. Black Order- James Rollins
63. The Other Boleyn Girl- Phillipa Gregory
64. Dead Souls- Nikolai Gogol
65. A Clockwork Orange- Anthony Burgess
66.
67.
68.
69.
70.
71.
72.
73
74.
75.
These works were not chosen at random. Great effort was administered to select every single one of them, and they each have a purpose. They will be read in random order, as I feel inclined. There are many great works missing from this list, it is likely I have read them before thus the reason they are missing. You will have noticed 66-75 are blank. Part of my adoration for reading includes frequent visits to the bookstore. The crisp smell of new paper and coffee beans wafting over from the café captivate my soul. I have a profound need to be there, and generally I prefer to go without a defined purpose. For this reason, I have allowed myself 10 bookstore choices reserved for days I simply must visit there. It may be edifying to know how I choose books from a store, and it strikes me as an experience which I want to share. I might be persuaded to read a book suggested by anyone who comments in place of one of my book store purchases. Yet, I make no promises. Embarking on this voyage is for in all intents and purposes egocentric.
Thanks to those of you dear friends out there already supporting me, without the framework of friendship we share my life would surely be void.
Always,
A
To learn more of Aristotle visit:
http://www.iep.utm.edu/aristotl/
Posted by Erudite Voyage at 6:15 PM 6 comments:

“Employ your time in improving yourself by other men's writings, so that you shall gain easily what others have labored hard for.” – Socrates
I do not claim to be an expert in literary matters; however I am an avid reader who finds solitude in the experience of reading. The last 7 years of my life have been devoted to my education which often overshadowed my passion for devouring a good novel in one sitting.  I am embarking on a new era of life as the year 2010 comes to a close, one which I intend to fill with more emphasis on personal satisfaction. January 24th 2011 is my official last day of class as a college student. As graduation approaches I’ve had many people ask, what I will do with my life. What is my next step? Those of you who know me personally will understand best that I have intertwined my education to fit caring for my family. Because of this, my life is settled in career and comfort unlike a typical college graduate. For this reason, I have decided to take one year of my life and focus as much energy possible on personal gain. I’ve always wanted to spend a year engaging in my most treasured pastime.
I’ve decided read 75 books in one year, and I plan to document each experience. I wavered back and forth on the number before I decided 75 was most reasonable for my lifestyle. It’s not intended to be an impressive feat, or to attract attention for the likelihood of failure. Please know this upfront before you choose to follow this voyage, I am not reviewing these books so you can decide if you yourself want to read them. Of course, a review of my opinion will be completely necessary. Understand though, this is more a documentation of the experience of reading which I am very passionate about. Reading for me is not simple entertainment, it is feelings, emotions, and often lessons learned through the process of experiencing a story.
Lastly, in the next few weeks I will determine the selection process for the 75 books. Though I have some in mind already, in fact I could name 75 easily, I want to let the year determine at least some of my selections.  Regardless, this is the first step for me to follow through with my desire to spend the year doing exactly what I love to do most. That said I look forward to January 25, when I intend to begin documenting my first book as a college graduate. To 2011, the year of ME.
Always,
A
To learn more of Socrates visit:
http://www.2020site.org/socrates/socrates-teachings.html
Posted by Erudite Voyage at 2:53 PM No comments: